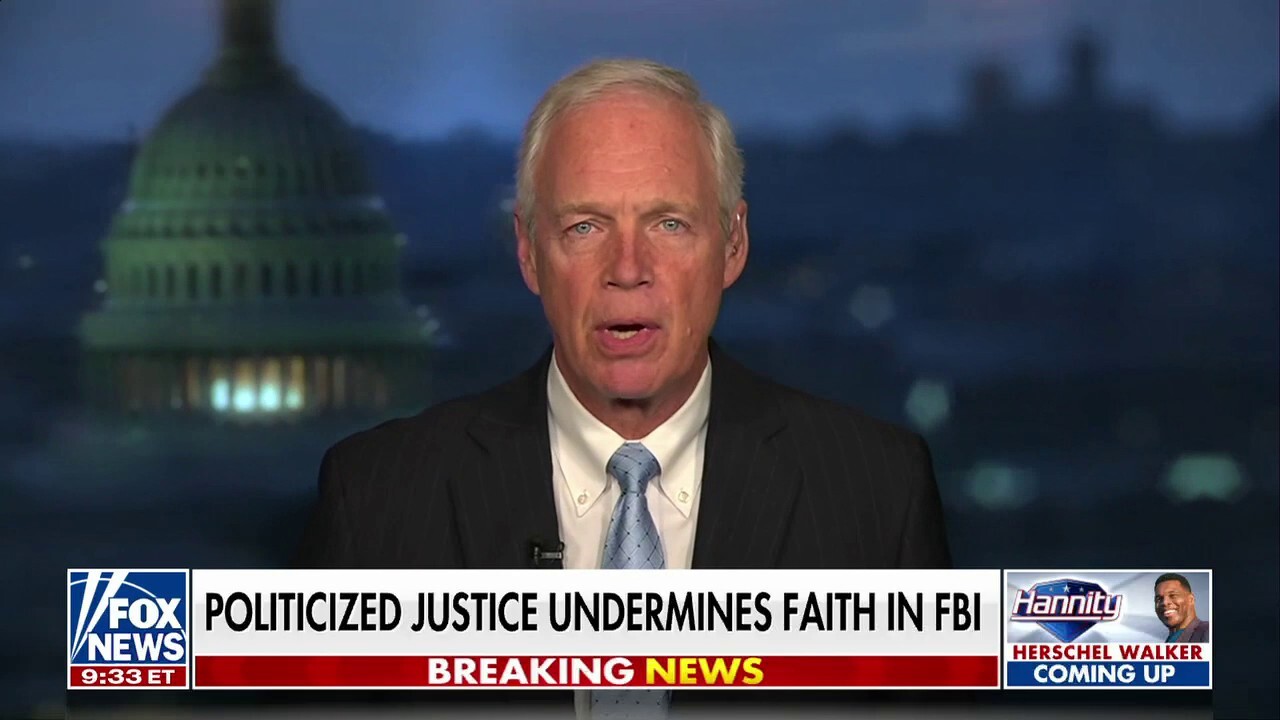 Sen. Ron Johnson, R-WI., explained why he believes the Justice Department and other federal agencies have become politicized on “Hannity.”

SEN. RON JOHNSON: But you know Sean, you mentioned a dual or a two-tiered justice system. I’m calling at least three-tiered. You have the one system that treats Hillary Clinton and Hunter Biden with kid gloves. Then you have the one for most other Americans. But then you have the weaponization of not only the federal law enforcement and the Justice Department, but federal agencies like the IRS, like OSHA, that come after the Democrats’ political opponents.

And that one, you know, again, that is very corrosive to our democracy. And we’re seeing that play out time and time again. What we’re hearing from whistleblowers and God bless them for coming forward. You’ve got people of integrity within these agencies that want their agencies restored to, you know, have credibility and integrity. So they’re coming forward and they’re starting to talk about what they’re seeing. And that’s the only way we’re going to restore integrity. We need to understand the truth.

WATCH THE FULL INTERVIEW BELOW:

One thought on “Sen. Ron Johnson on restoring integrity of federal agencies”