Severe storms sweeping across Southeast, already injuring several and with potential for hours of more destruction ahead 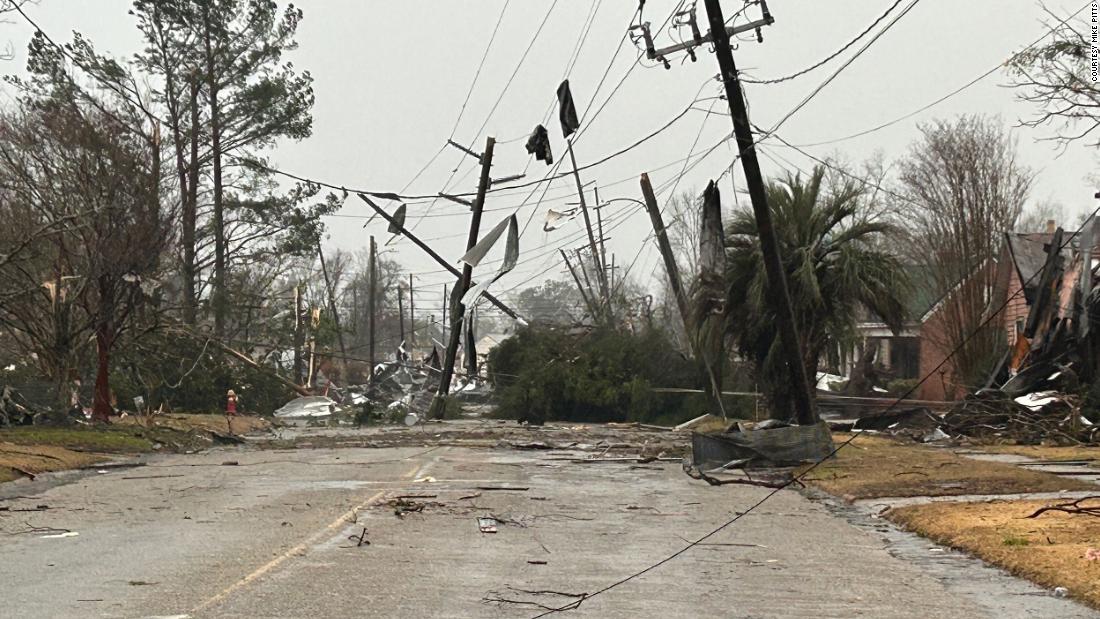 A huge tornado that tore through the Alabama city of Selma on Thursday caused “significant damage,” Selma’s mayor said – one of more than a dozen twister reports made in that state alone as severe storms tear through the Southeast leaving several injured.

Unlike heat waves, floods and hurricanes, scientific research about the connection between the climate crisis and tornadoes has not been as easy to make — though climate researchers say uncertainty doesn’t mean it is unlikely, and experts are already seeing changes in how recent tornado outbreaks are behaving.

The more humans pump greenhouse gases like fossil fuel emissions into the atmosphere and change the system, the chances of extreme weather events occurring, intensifying, and changing the traditional location and patterns will amplify.

Todd Moore, associate professor and chair of the department of geosciences at Fort Hays State University, said that over the last few decades tornado frequency has increased in vast swaths of the southern Midwest and Southeast, while decreasing in parts of the central and southern Great Plains, a region traditionally known as Tornado Alley.

A study he authored in 2019 indicated that the changing climate, among other factors, could be contributing to this eastward shift in Tornado Alley, resulting in more tornadoes occurring in the more heavily populated states east of the Mississippi River. Moore points to different ingredients that may have led to this shift such as humidity, instability, and a strong wind shear.

His study also found that tornadoes are “clustering on fewer days in the year” and that days with little tornado activity are becoming less common, with outbreaks becoming more frequent during the fall and winter seasons.

Scientists have warned that the rise in greenhouse gas emissions in the atmosphere is drastically changing the climate system, causing the jet stream — fast-flowing air currents in the upper atmosphere that influence day-to-day weather — to behave oddly.