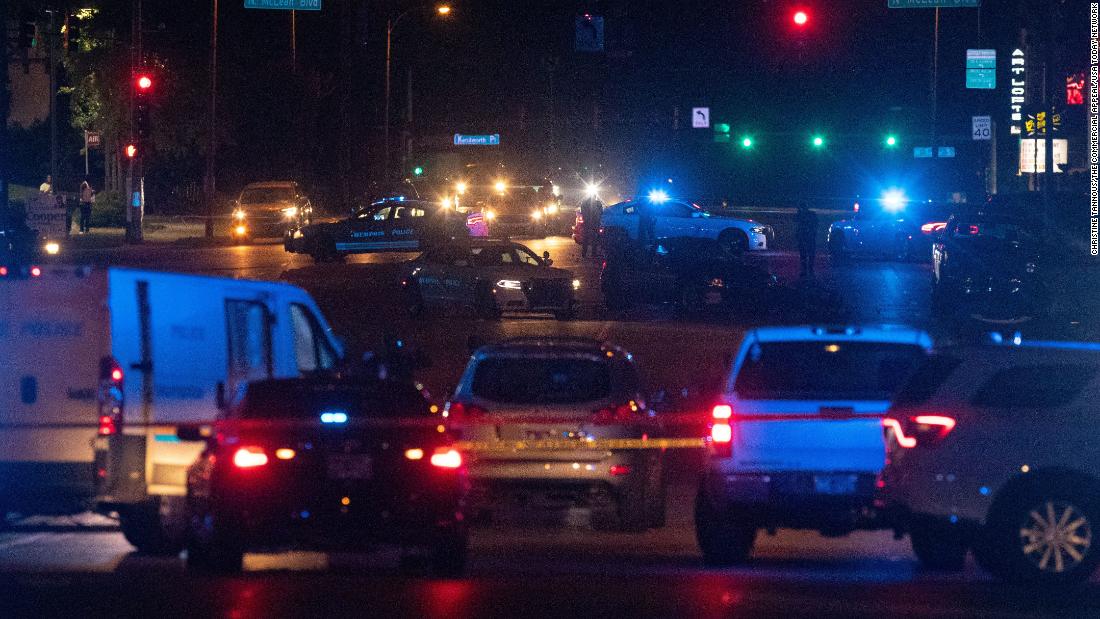 Four people were killed and three others were wounded in a shooting rampage in Memphis, Tennessee, Wednesday, police said at a news conference early Thursday morning.

The shootings began as early as 12:56 a.m. and continued through the late evening hours, triggering a shelter in place order for the area as police searched for the gunman, Davis said.

The suspect, 19-year-old Ezekiel Kelly, was arrested following a high-speed chase and was being transported to the Shelby County Jail, Davis said.

A 19-year-old man is in custody after the Memphis Police Department issued alerts about an “armed and dangerous” suspect believed to be responsible for multiple shootings in the Tennessee city, according to posts from the department’s Twitter account.

Police tweeted about Wednesday evening that residents should be on the lookout for the suspect.

“If you do not have to be out, stay indoors until this is resolved,” police tweeted.

“If you do not need to be out, please stay home!,” city officials tweeted.

About 9:30 p.m., police tweeted that a shelter in place for the area where the suspect was detained had been lifted.

Police earlier tweeted a photo of the suspect and in another post identified him as Ezekiel Kelly.

Police said in their initial tweet about the manhunt that they received reports the suspect was “recording his actions on Facebook.”

The social media giant said it was in touch with the department shortly after police made their initial public alerts and have since removed video content that may be related to the incident.