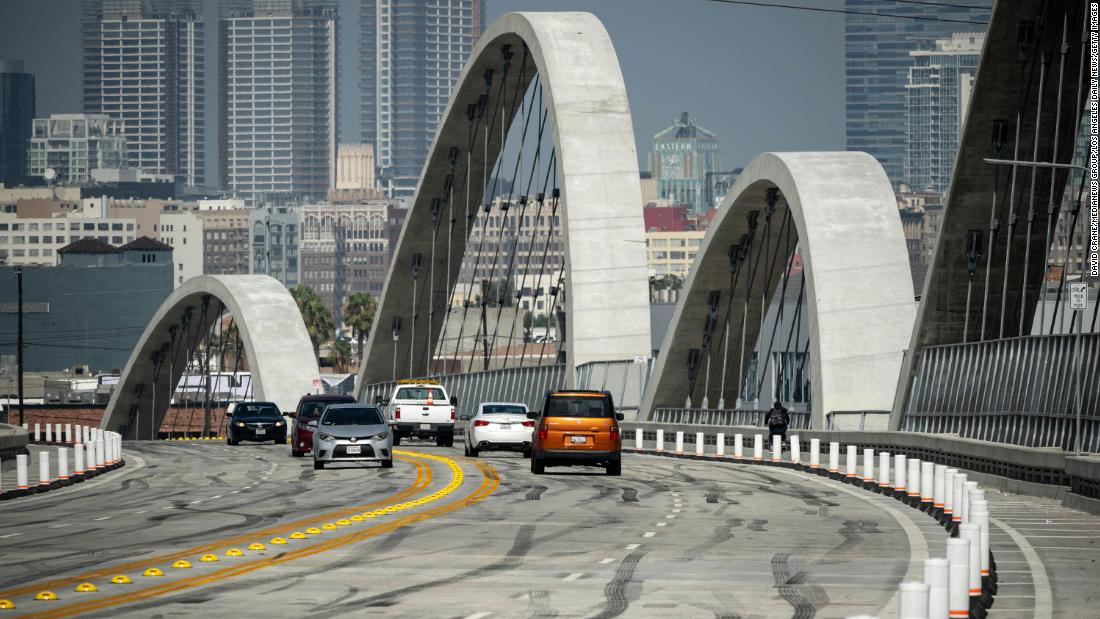 The viaduct, built in 1932, was closed in 2016 for upgrades to the seismically deficient structure. The $588 million in improvements were deemed the largest bridge project in the history of the city, and it re-opened on July 10 to much fanfare.

But since its reopening, the bridge has been plagued by street racing and other illegal activity, police say.

On July 22, the bridge was closed due to public safety hazards, the LAPD said in a press release listing the antics on the bridge. Midday July 23, “approximately 15 moped/street bike racers were conducting wheelies on the bridge, as an exhibition of speed,” according to police. Anticipating a street takeover, police responded and did not need to close the bridge.

That night, police closed the bridge “due to unruly crowds and vehicle takeovers,” the LAPD said. On July 24, the bridge was closed to vehicles after a large group of trucks showed up, impeded traffic and “appeared to be setting up for a street takeover,” police said.

Days later, a bicyclist shined a laser pointer in an officer’s eyes. The suspect fled the scene while a group of bicyclists “continued to block traffic and perform stunts,” prompting another closure, police said.

The officer was medically treated and later released.

The bridge closed again on Wednesday “due to illegal activity and public safety concerns,” the LAPD said in a tweet.

The department’s Street Racing Task Force and local divisions are working to curb illegal activity on the bridge.

LAPD Chief Michel Moore addressed the police commission during its weekly meeting on Tuesday and called the bridge a destination site, comparing its allure with other spots like the Hollywood Bowl, Disney Concert Hall and Venice Beach. The structure, nicknamed the “Ribbon of Light,” features 10 LED-lit arches.

However, the bridge has become a backdrop where people gather for exhibitions, “outrageous driving antics” while trying to “perhaps find their 15 minutes of fame,” Moore said, noting the whiplash of opening and closing the bridge.

In one viral social media stunt, a barber set up a chair and gave haircuts on the bridge, poised between oncoming traffic in both directions, according to CNN affiliate KABC-TV.

Last Sunday, the Bureau of Street Services began installing speed bumps on the bridge and fencing to “discourage individuals from scaling onto the arches of this roadway,” Moore said.

Scenes from the movies “Grease” and “Terminator 2: Judgement Day” and a host of others shot race scenes under the bridge in the Los Angeles River.