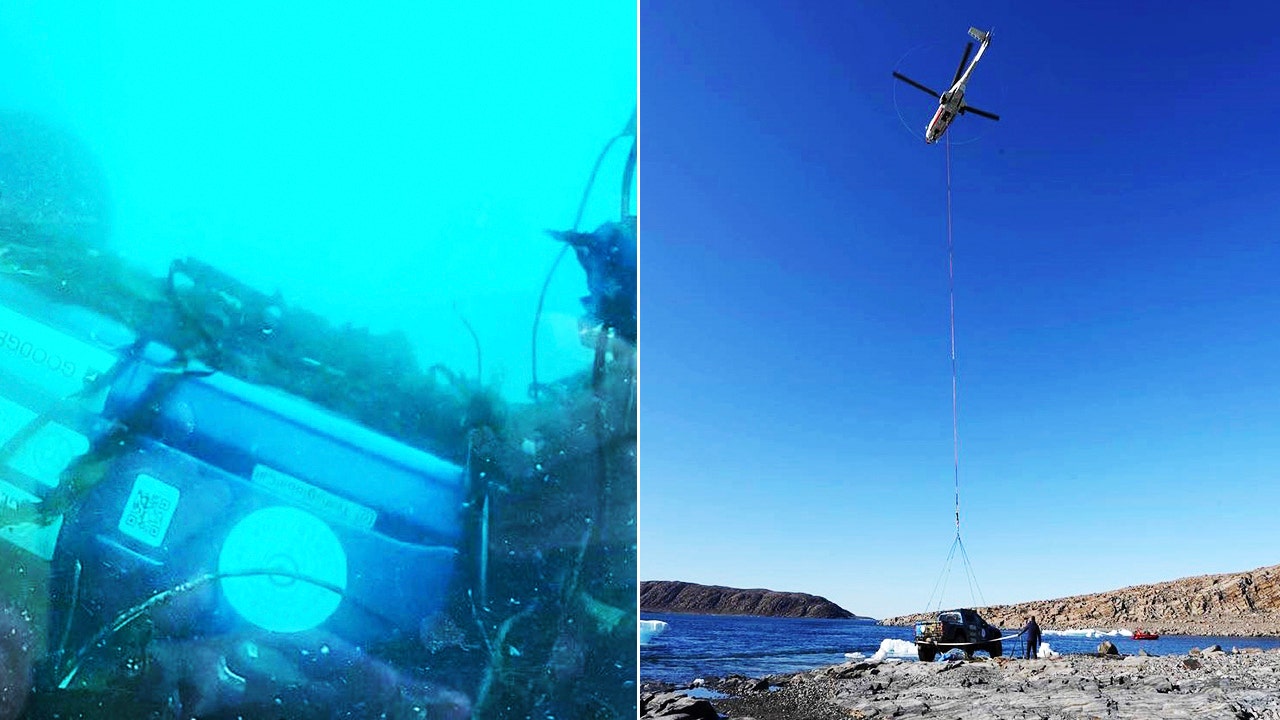 The 2021 Ford F-150 Raptor is the best version yet of Ford’s high performance pickup, but Fox News Autos Editor Gary Gastelu says it may soon be even better.

Talk about getting a lift.

A modified Ford F-150 that fell through the ice into the Arctic waters off a remote part of Canada in March has been recovered by divers and a helicopter.

The truck was part of a convoy that was doing testing and reconnaissance for the Transglobal Car Expedition, which will attempt to make an overland journey from the South Pole to the North Pole and back again.

The truck was on its way back from the Resolute, one of the northernmost settlements in the world, when it broke through thinner than expected ice cover and got stuck.

The Arctic Trucks-modifed F-150 broke through the ice in March.
(Transglobal Car Expedition )

The passengers escaped shortly before the truck fell completely through the ice and sank into 26-foot-deep water.

As part of its commitment to cause no damage to the ecosystem, the team worked with local authorities to develop a plan to retrieve the vehicle.

On Sunday, boats searching the thawed waters discovered that strong currents had rolled the truck onto its roof and to a depth of nearly 50 feet.

Divers used float bags to raise the truck, which was then attached to a helicopter via slings.
(Transglobal Car Expedition)

Cold water divers were dispatched to attach float bags to it and bring it to the surface, where it was flipped over and pulled onto a nearby island.

Guns and other equipment and personal items left behind were still inside.
(Transglobal Car Expedition)

All the items left behind during the escape, including a passport and rifles, were still inside.

The truck was airlifted to Gjoa Haven from where it will be shipped to Montreal.
(Transglobal Car Expedition)

A Super Puma heavy-lift helicopter was then called in and the truck attached to it with slings.

It took four attempts to get the truck off the ground before it was flown 180 miles to the port town of Gjoa Haven with one refueling stop along the way, according to the team. From there, it will be shipped to Montreal on the next available cargo vessel.

The team, which is sponsored by National Geographic and Swiss research and technology non-profit GoodGear and using vehicles built by Iceland’s Arctic Trucks, will now continue preparations for the full circumnavigation, which is scheduled to begin in 2024.

One thought on “Sunken Ford F-150 recovered from Arctic waters”