Tatjana Patitz, one of the original '90s supermodels, dies at 56 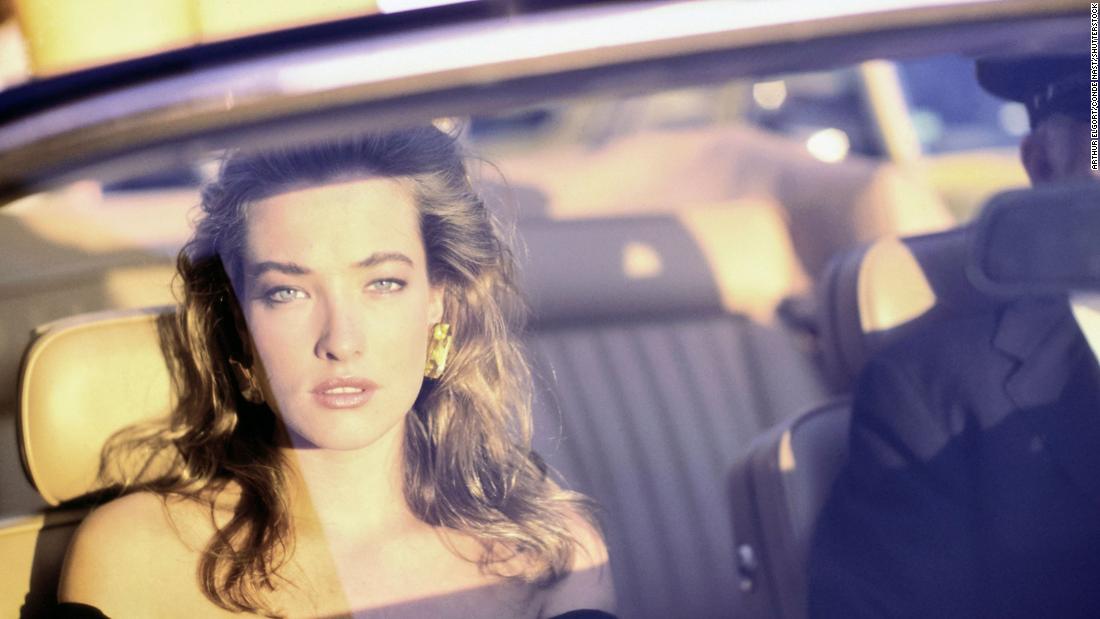 Tatjana Patitz, who rose to fashion fame in the ’90s as an animal-loving supermodel with a piercing gaze, has died, her agent confirmed to CNN. She was 56.

The German-born model appeared on dozens of covers for Vogue and countless other fashion magazines beginning in the 1980s. Her most famous cover, which she shared with fellow supermodels of her generation, inspired George Michael to cast her in his music video for “Freedom! ’90.”
Where the other supermodels of her era were known for dominating the public eye, Patitz preferred a quieter life surrounded by nature, particularly wild horses and the Western lands on which they lived. Still, she was impossibly, effortlessly chic, said Anna Wintour, Vogue’s global editorial director, in a statement to the magazine.

“Tatjana was always the European symbol of chic, like Romy Schneider-meets-Monica Vitti,” she said.

Born in Hamburg, Germany, and raised in Sweden, Patitz was discovered in 1983 when she was a finalist of the “Elite Model Look” competition, in which Elite agency heads selected her from a pool of unknowns. (Cindy Crawford was also a finalist that year, per Elite.)
Her career didn’t take off, though, until the late ’80s. It was around this time that she became the muse of photographer Peter Lindbergh, for whom she’d model until the 2010s. He took a now-iconic 1988 Vogue photo of Patitz and other models on a beach in Santa Monica, California, traipsing in the sand in matching white shirts.
Then came an iconic 1990 British Vogue cover, also shot by Lindbergh — Patitz, one of the “original” supermodels of that era, appeared alongside Christy Turlington, Cindy Crawford, Naomi Campbell and Linda Evangelista. The image prompted singer George Michael to cast the women in the video for his single “Freedom! ’90” which also became a cultural artifact.

Patitz was, at the time of her ascent, considered “unusual” looking compared to the other dominant models, according to a 1990 Harper’s Bazaar story: “Indeed, Patitz’s features almost confuse. Like Garbo or the Mona Lisa, the inexplicable gifts of line and luminescence defy definition.” Her piercing gaze gave her a slightly more otherworldly look, according to observations from those in the industry.

The photographer Matthew Rolston said of Patitz in that 1990 story, “There’s a depth, an emotional quality in her that’s truly extraordinary.” Her appearance, she said, wasn’t just beautiful; it was memorable and evocative.

Patitz appeared on more than 130 magazine covers in her life, according to Elite. She was just one face among a sea of supermodels for Vogue’s 100th anniversary cover in 1992, all of them dressed identically in white jeans and white button-down shirts tied at the midriff. And in 2016, she appeared in a black-and-white Italian Vogue cover shot by Lindbergh.

A lifelong animal lover, she was photographed on horseback for a 1989 Vogue spread, also sporting several wide-brimmed cowboy hats. She also appeared with her son Jonah in a 2012 shoot at their California home.

Off the runway, Patitz was passionate about animal advocacy, even from her early modeling days, as noted in her 1990 Harper’s Bazaar profile. She told the Mexican magazine Milenio in 2021 that she was involved in California legislation to protect wild horses and has been involved with the American Wild Horse Campaign, which works to protect public lands. She continued to work in fashion throughout her 40s and 50s, but she chose her projects “very selectively,” she told Mercedes-Benz’s 63Magazine in 2016, and on those projects would attempt to “combine my work as a model with my vocation as a protector of nature and animals.”

Patitz told Milenio she preferred to live a lower-key life than her fellow supermodels and enjoyed “being surrounded by nature, away from concrete and noise” with her son and their animals. She was less present in the public eye than her contemporaries, and when she relocated to California rather than modeling hub New York, her legacy wasn’t as widely acknowledged as theirs.

“She was far less visible than her peers — more mysterious, more grown-up, more unattainable — and that had its own appeal,” Wintour told Vogue.

In a tweet, the Peter Lindbergh Foundation, which shares photos from the late photographer’s archives, saluted Patitz’s “kindess, inner beauty and outstanding intelligence.”