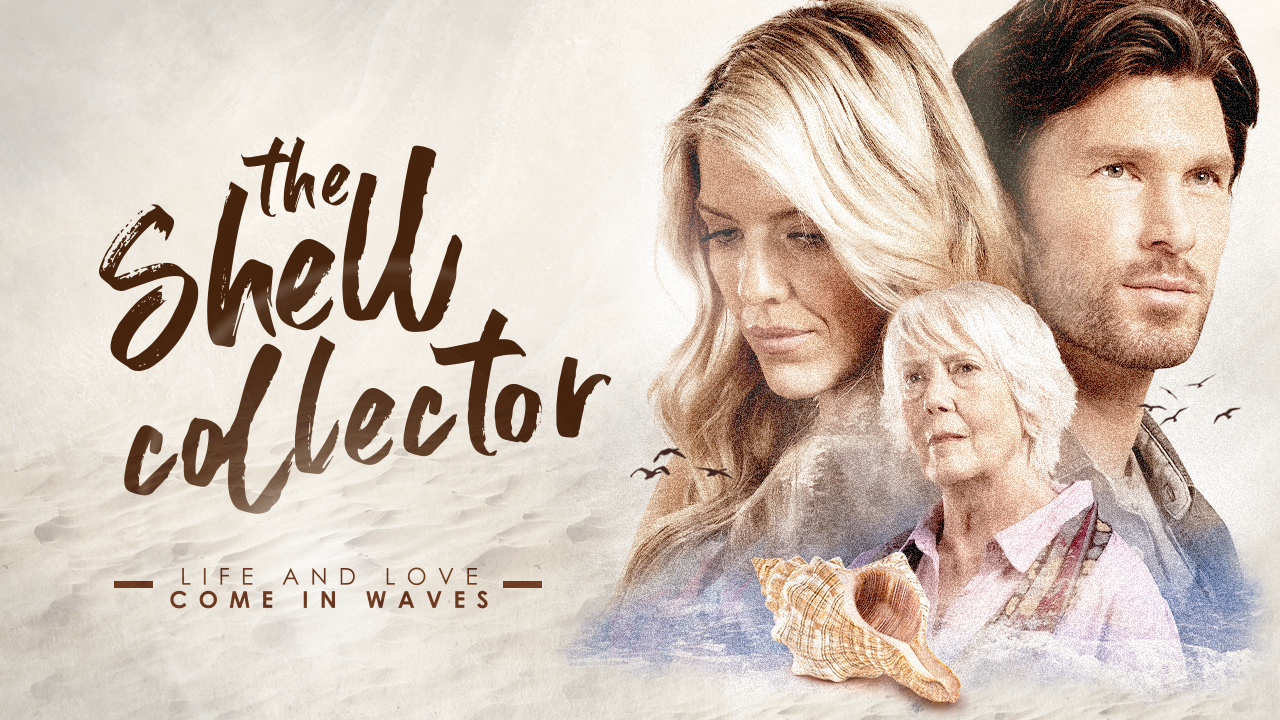 Based on a best-selling title by author Nancy Naigle, “The Shell Collector,” Fox Nation’s first ever original film, is available now on the direct-to-consumer streaming platform, and serves as a heartwarming introduction to the subscription service’s upcoming slate of films.

“The Shell Collector” stars Caitlin Clark, Christopher Russell and Jennifer Higgin. It is produced in association with Cartel Pictures and tells the story of a widow, Amanda Whittier, and her two children, who make unique friendships in a small seaside town as they forge ahead with a new life following the death of her husband. When residents with shared pasts and experiences begin finding shells inscribed with messages on the beach, the characters’ lives are forever changed.

“I’ve had other movies, ‘The Shell Collector’ is the book of my heart. God’s hands are all over it,” Naigle told Fox News Digital in a sit-down interview.

Indeed, Naigle, with the release of this latest film, has had five books turned into movies. She has written over 30 books. However, her writing career began later in life than many successful authors, at the age of 40. For many years prior, Naigle worked as a senior vice president for Bank of America. Her desire to write was, in part, born from her yearning to “tip the scales,” and help people she may never meet.

“My goal was to write one book, to help one girl, through one lousy day,” is how Naigle put it.

In that way, Naigle has become somewhat of a “Shell Collector” of her own, writing messages in the form of stories to reach her audience, and perhaps strike a poignant cord.

“It’s kind of neat to be able to touch someone without even knowing them or being sure as to how that message is going to get there,” she said.

“The Shell Collector” was also born from a story that she once heard about a family friend. The family friend, known only as “Diane,” once walked the beach in Kitty Hawk, North Carolina with something heavy on her heart. As she traced a path across the sand, she kicked up a shell with a message inside. Over a six-year period, she found four more shells just like it, but never learned the identity of the writer. She started calling them “messages from the angels by the sea.”

The inspiration for the story also came out of a profound sense of loss.

Like the character of Amanda in “The Shell Collector,” Naigle too lost her husband. At the start of the film, Amanda can be seen holding onto a sweater that her military husband once wore before he was killed on active duty. Naigle admits that she only recently got rid of some things from her late husband, who passed away eight years ago from cancer. She recalled thinking back on the story of Diane after his passing.

“Man, I could really use one of those shells right now,” she thought at the time. And thus, the story of “The Shell Collector,” and the story of Amanda, slowly came into focus.

WHAT TO WATCH ON FOX NATION THIS SEPTEMBER

“The Shell Collector” author also revealed that she struggled with writing the story for a long time. It was a tough story to write, she remembered, but she knew she wanted, and perhaps more aptly, needed, to write it.

Naigle credits her faith in large part to the success of her books, and her ability to finish “The Shell Collector.” She asserted that her faith has always been strong, but had never been stronger than after her loss. The author knew she wanted her Christian worldview “front and forward” in the story. She even changed agents and publishers to make sure that element maintained its presence in the final draft.

Best-selling author of “The Shell Collector,” Nancy Naigle, has written over thirty books, with five of them having been turned into films.

“I think it would be a really hard road without having faith in your back pocket, in your heart, to help you make those steps every day,” Naigle said. “I don’t even know how I could tell the story without it.”

At multiple points in “The Shell Collector,” characters are heard telling Amanda that she is a person who finds it difficult to accept help. Amanda has a strong sense of independence, and a vision of what the future could be. She makes plans to redecorate her fixer-upper beachside home, and start a small business that sells homemade jam. She does all this while raising two young children who have lost their father.

“I’ve always been an independent girl, I was a career girl, I knew how to take care of myself. But, when I lost him I felt an urgency to be able to stand up on my own and not be fragile,” Naigle said, with a deep understanding of her leading lady.

Naigle hopes that the audience, in part, will understand the book’s message of striking a cord between maintaining independence, while also allowing people into your life in a time of need.

“Be willing to open your heart and your arms and let people do what they want to do. Let them give you that joy of help,” she said. “We’re all gonna go through it. Every single one of us. Nobody can avoid it. Nobody has it figured out. It’s going to be different for all of us. But if I can have something settle in the back of people’s minds or their heart. That helps them get through it, be able to get up take that next breath that next day a little bit easier. Shew, what a gift.”

The second original film from Fox Nation is expected to be released around the holiday season. Fox Nation, a member’s only steaming service, is already home to more than 5,000 hours of content. It includes everything from historical documentaries and investigative series to programs hosted by Fox News Channel’s biggest stars.

Fox Nation programs are viewable on-demand and from your mobile device app, but only for Fox Nation subscribers. Go to Fox Nation to start a free trial and watch the extensive library from your favorite Fox News personalities!

Nikolas Lanum is an associate editor for Fox News Digital.