TUCKER CARLSON: Republicans must focus on issues that matter to Americans to win 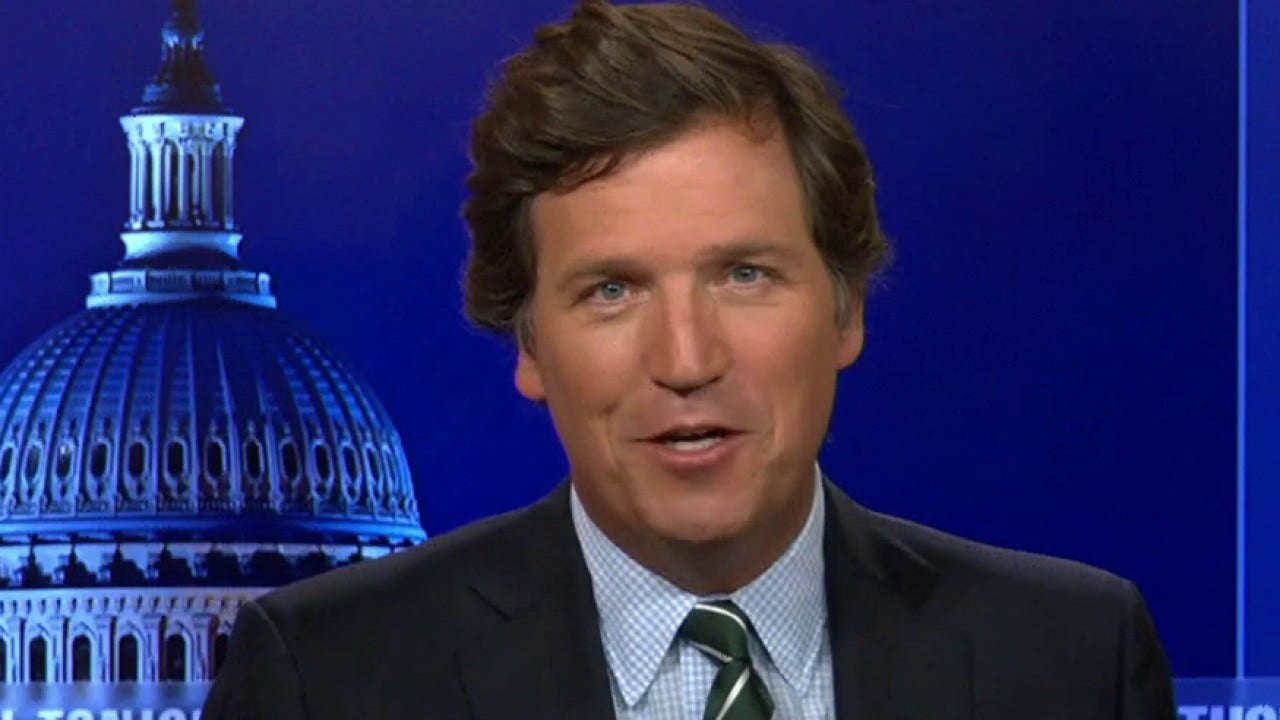 So, everybody’s focused on this fall’s midterms for good reason, but maybe bigger elections have already happened, more meaningful elections. These were local races that you probably haven’t heard about because nobody pays attention. Here’s what they were. Last week, the Republican Party flipped five majority-left school districts in big counties in Florida. That would be Miami-Dade, Sarasota, Duval, Martin, Clay counties.

Miami-Dade alone is one of the biggest school districts in the entire country. It’s got more than 300,000 students in it. So, this change has major implications for the education and the future of millions of young people. It’s not just happening in Florida. A Texas school board that flipped to the Republican Party earlier this year is already working to change things. They just voted to ban race hatred and gender cult ideology in schools. So, there may be a lesson here. Let’s say you’re a Republican running for Congress in November. You might be wondering, “How did these Republicans win at the local level?”

It wasn’t just because it’s a red wave year, because actually it’s not really a red wave year so far, despite what you may have heard. In other races so far, special elections, Republicans have been underperforming, amazingly. For example, in a special election last week in New York’s 19th Congressional District, Democrat Pat Ryan beat Republican Marc Molinaro. Now in a red wave year, you would have thought the opposite would happen. This was a very tight district. This district went for Joe Biden by only a point and a half in the last election. That’s not exactly a huge margin for the Democrats, but Democrats won anyway, despite the fact Joe Biden’s approval numbers have dropped dramatically since then. And it’s not just in that district. Democratic candidates across the country have been outperforming Joe Biden’s 2020 numbers in at least three other House special elections, elections in Nebraska, Minnesota and in the 23rd District of New York.

So, why is the question. How could this be happening? Well, the Democratic Party has a really simple explanation: abortion. Everything’s about abortion. Democratic voters are really mad about Roe v. Wade being repealed and they’re voting in bigger numbers, but there isn’t actually any evidence at all to support that that’s true. Instead, there is evidence that the Republican Party may be at fault by alienating its own voters and not getting them to the polls.

Ryan Girdusky has done a lot of work on this. He runs the 1776 Project PAC. He supported those for the school board candidates one last week. Girdusky recently wrote on his sub stack that Republicans are underperforming this year because turnout in rural counties is only about 30%, 30% of what it was in 2018, the midterm that year.

Cities and suburbs, meanwhile, which are Democratic strongholds, had double that level of turnout. So, why are Republicans winning in school board races in Florida, but losing in big races in rural areas that they should be winning? Well, the answer might lie with the candidates and what they’re talking about in those districts.

For example, in February, Marc Molinaro, the guy who just lost in the race he should have won in New York, told the county office building to illuminate the building in red and blue. Now, those are not the county colors. They’re Ukraine’s colors. Right, as if his voters care. That’s the message that Molinaro, as executive director of Dutchess County, New York, sent to voters: Poughkeepsie stands with Ukraine.

Right. Everyone is sympathetic to Ukraine, but is that really the main issue? No, it’s a joke. The same candidate also sent fundraising emails to voters throughout upstate New York calling for more aggression against Russia. “Biden is weak on Putin,” Molinaro wrote. Right. So, does sounding like Lindsey Graham actually work? Our borders are racist, but Ukraine’s borders are sacrosanct. It doesn’t work. Here’s what he said.

SEN. LINDSEY GRAHAM: The question is, “Can we do more and should we do more?” The answer is yes to both. As to my friends in the Pentagon, you told all of us that this war would last three or four days, that Kyiv would fall, that, you know, that the country would be overwhelmed by the Russian military. They were wrong. So, quite frankly, I trust President Zelenskyy’s judgment about what would help him in real time more than anybody else on the planet right now.

JOE KENT: If any of these representatives feel so passionately about how we have to go and save the Ukrainians and provide enough lethal aid and continue to push this escalation, they need to go back to their districts and tell the American people, tell their constituents what they’re asking them to do and what the ramifications potentially could be. Why do foreign nations always come first? Why do we secure their borders and not our own?

Well, exactly. It’s nothing against the Ukrainians. Again, everyone feels sorry for the Ukrainians, but Americans have a right to feel sad about what’s happening in their country and to expect their politicians to work on fixing it. So, if more Republicans in November say what you just heard Joe Kent say, they will win if they talk about the issues that people actually care about in this country, issues that are relevant to their lives, they will win. That’s how they won those school board seats in Florida. They weren’t talking about Ukraine. They were talking about the issues that matter to the voters in Florida: family safety, happiness, the right of parents to decide what their kids learn in school. That message wins. Obviously, that’s why Glenn Youngkin became governor of Virginia.

So, that was Glenn Youngkin’s message. “You’re a parent. Schools exist for your children and they’re your children. They don’t belong to the teacher’s union and we’re going to listen to you.” Now, Terry McAuliffe was running against Glenn Youngkin. He had had the advantage of a lot of money. He’d been governor of the state before. Here was his message and we’re quoting, “I don’t think parents should be telling schools what they can teach.” Oh, turns out most people disagree and he was destroyed. His political career hit the brick wall it had long deserved.

GAVIN NEWSOM’S IN-LAWS FLED FROM CALIFORNIA TO FLORIDA DURING THE PANDEMIC, RECORDS SHOW

So, it turns out the Republicans who focus on the things that matter, families protecting families, will win. Along with the 1776 project, Ron DeSantis was one of the biggest supporters of those school board candidates last week. This year, DeSantis signed a law banning teachers’ unions members from talking about sex with your kindergartners because it’s creepy and should be illegal. DeSantis also fired a prosecutor who refused to enforce the law.

FLORIDA GOV. RON DESANTIS: The prosecutor, state attorney for this judicial circuit, Andrew Warren, has put himself publicly above the law. In June of 2021, he signed a letter saying that he would not enforce any prohibitions on sex change operations for minors and then most recently, after the Dobbs decision was rendered by the U.S. Supreme Court, he signed a letter saying he would not enforce any laws relating to protecting the right to life in the state of Florida and mind you, we have had prohibition on third trimester abortions for a long time. When you make yourself above the law, you have violated your duty, you have neglected your duty, and you are displaying a lack of competence to be able to perform those duties and so today we are suspending State Attorney Andrew Warren effective immediately.

So, enforce the law. That’s a winning message, too. It’s not just about one corrupt prosecutor in the state of Florida. It’s about ending the lawlessness that makes it impossible for Americans to live in their own cities. Blake Masters caught on to that message. That’s how he won his primary in Arizona.

BLAKE MASTERS: We can never amnesty any illegal alien period. If your first interaction with our country is to break its immigration laws, you will never get amnesty. You will never become a United States citizen. That is a line in the sand. We will never cross it. We have to stop incentivizing illegal immigration. If you’re not deporting people, you don’t have border security.

Well, that’s not hard. What’s the point of having a country if your own government ignores the laws that your representatives passed? How is that democracy? No, it’s chaos and lawlessness and ultimately it’s autocracy. So, national Republicans are not that dumb. They could have figured that out, but they’re saying just the opposite. It’s almost like they want to lose. They’re calling for gun confiscation, gun confiscation, guns from law abiding citizens, which would make you as reliant as possible on police forces that are underfunded. How underfunded? Have you checked the response times in your city recently?

In the city of New Orleans, according to researcher Jeff Asher, the police response time is now over 2 hours, long enough for you to get killed. The city is talking about canceling Mardi Gras because they have no cops. In Seattle, the city council just reported, “average immediate response time is up in nearly every precinct when compared with the last four years of data.” Ok.

In Austin, Texas, the police chief recently admitted that response times to the city’s most serious emergencies are “dramatically slower.”

So, that’s a huge problem and it puts the onus of self-protection on the individual, on the family. You have to protect your own family. You don’t have a choice at this point. It’s always been your right. Now it’s your obligation. Are Republicans recognizing this? Well, here’s John Cornyn, who represents Texas calling for gun confiscation so that you can’t protect yourself when the cops don’t show up.

SEN. JOHN CORNYN: I don’t want us to pass a bill for the purpose of checking a box. I want to make sure we actually do something useful, something that is capable of becoming a law, something that will have the potential to save lives. I’m happy to report, as a result of the hard work of a number of senators in this chamber, that we’ve made some serious progress, so soon, very soon, not soon enough for me, but very soon we will see the text of bipartisan legislation that will help keep our children and our communities safer.

It won’t save a single child and he knows that. What it will do is take firearms away from the law-abiding while they remain in the hands of the law-breaking. It will make the country more dangerous. That’s a Republican United States senator, an incumbent who unfortunately is not up for election this year, but God willing, will be punished for what he did, but the point is, the Republican Party in Washington seems to have missed all of this.

Look at the elections taking place already this year, and that’s the clearest possible sign to the people who run the Republican Party to stop talking about Ukraine, stop taking people’s guns away. Start talking about things that they care about: the economy, education, family safety, justice, following the law, our border. Those are the things that matter, and if you don’t acknowledge that, you’re going to lose.

Tucker Carlson currently serves as the host of FOX News Channel’s (FNC) Tucker Carlson Tonight (weekdays 8PM/ET). He joined the network in 2009 as a contributor.