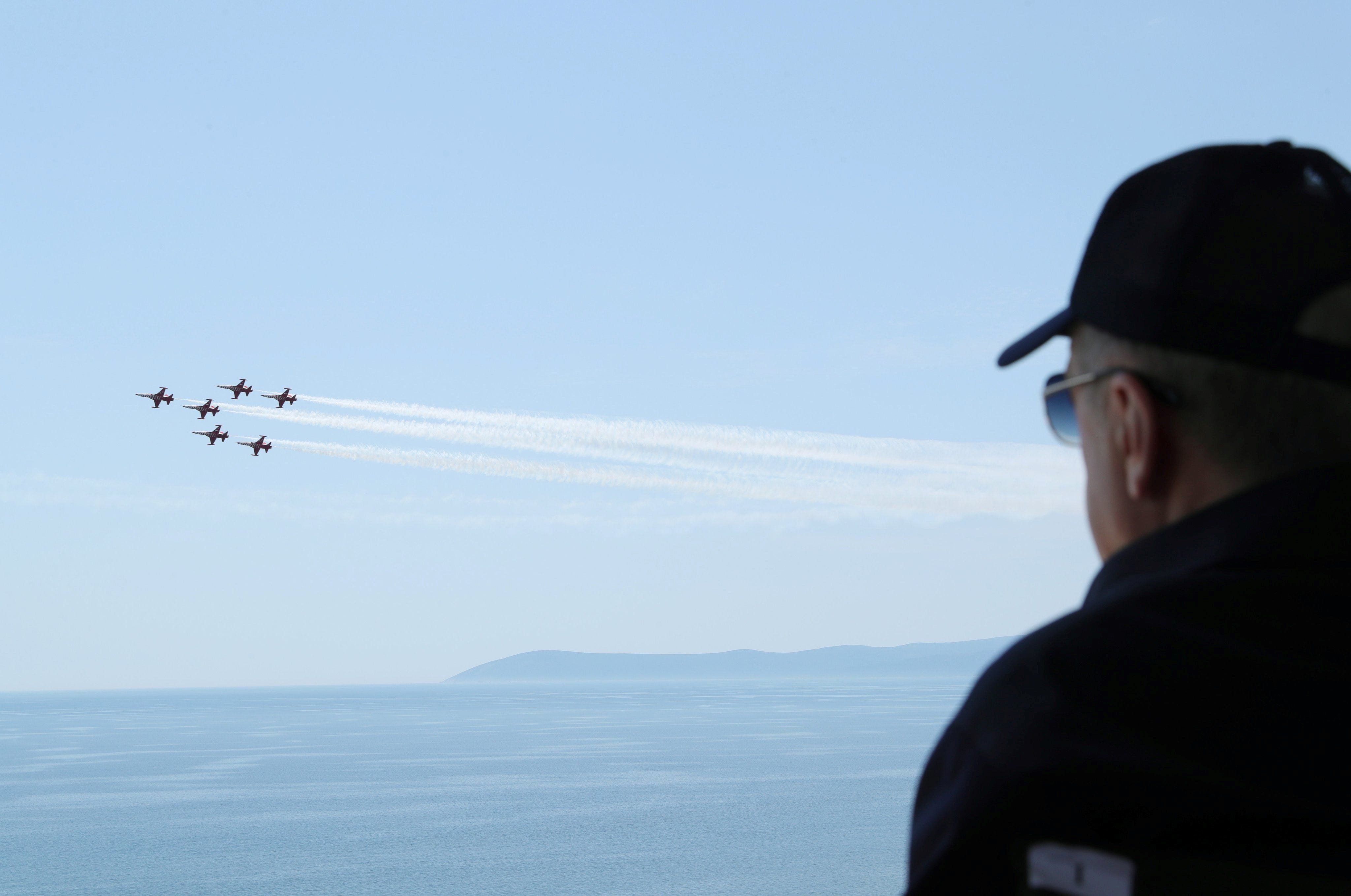 JERUSALEM, Israel – Long-running tensions between Turkey and Greece in the Eastern Mediterranean are ramping up pressure on NATO exactly at a time when the 30-country Euro-Atlantic military alliance must pull together to tackle the multiple destabilizing factors sparked by Russia’s ongoing war in Ukraine.

A week ago, citing Turkish Defense Ministry sources, Turkey’s state-run Anadolu news agency reported that Greek surface-to-air missiles had locked on to Turkish F-16 fighter jets carrying out a reconnaissance mission in international airspace. Greek officials dismissed the account with a statement from the Defense Ministry saying that five Turkish jets appeared without prior notification to accompany a flight of U.S. B-52 bombers through an area subject to Greek flight control, the Associated Press reported.

The incident was only the latest in a series of claims by Turkey, and pushback from Greece that has prompted both countries to lodge complaints with NATO.

Endy Zemenides, executive director of the Hellenic American Leadership Council, likened Turkey’s behavior to that of China, which has made sweeping claims of sovereignty over the sea and its natural resources, antagonizing neighboring countries, including Taiwan, and Vietnam.

“Turkey considers the Eastern Mediterranean and the Aegean in the same way that China considers the South China and the East China Seas, and the way China has been infringing on the area and making additional claims is what Turkey has been doing,” he told Fox News Digital.

He added that a mix of internal and external factors had left Turkey feeling increasingly isolated and vulnerable, pushing Erdogan to focus on foreign policy and tensions with Greece to deflect from domestic problems.

Greece and Turkey have been locked in a maritime and territorial dispute for decades, but with shifting geopolitical alliances and the discoveries of natural gas and oil in regional waters, relations have deteriorated sharply not only impacting NATO, but also bilateral ties to the U.S. and other countries in the immediate region.

In 2020, the two states clashed over exploratory drilling rights in the sea where Greece and Cyprus claim exclusive economic zones. That incident led to a naval standoff between the two countries. More recently, Turkey has watched with increasing suspicion and frustration as Greece has grown closer to regional allies such as Israel, Egypt and France, as well as the United States.

In May, Greek Prime Minister Kyriakos Mitsotakis addressed a joint session of Congress warning that in light of the war in Ukraine, NATO could not allow a “further source of instability on its south-eastern flank.” Mitsotakis’ visit to Washington, which finalized a Greek purchase of F-35 fighter jets, drew condemnation from Turkish President Recep Tayyip Erdogan, who charged that its neighbor was lobbying against U.S. arms sales to Turkey.

Ankara has faced sanctions from Washington over its ties with Russia, most notably a 2019 purchase of an advanced Russian missile defense system, but Turkey’s powerful role in NATO has forced the Biden administration to walk back its approach. In June, when NATO leaders met in Madrid, the prospect of fighter jets for Turkey was raised by the president as he worked to secure Turkish support for Sweden and Finland’s accession to the organization.

Turkey’s initial opposition to those countries joining NATO, as well as its close ties with Russia, have put it at odds with the U.S. and other members, including Greece, whose role as a strategic security partner for the U.S. has only been growing. In recent months, the Greek port of Alexandroupolis, which sits adjacent to Turkey and Bulgaria in the northern Aegean Sea, has become a central focal point as the U.S. increases its military presence in Eastern Europe.

According to statistics collected by Zemenides’ orgranization, this year has seen a dramatic increase in Turkish violations of Greek national airspace from 618 in the first half of 2021 to some 2,377 during the same period in 2022. In addition, Turkish jets have begun flying over inhabited islands belonging to Greece, coming very close to the mainland not too far from the Alexandroupolis port.

US AFFIRMS GREEK SECURITY IN FACE OF TURKISH BELLIGERENCE

“It’s not one project or another,” said Zemenides, pointing to the EastMed Forum, which includes Greece but excludes Turkey, the Abraham Accords between Israel, the United Arab Emirates and Bahrain, defense agreements between Greece and the U.S., and another with France.

“Turkey sees a picture with all these guys together and the other picture is of Erdogan with Putin and Iran holding hands,” he said. “Turkey has bet on its Eurasia orientation, they have bet other partners and it is starting to boomerang as its economy suffers with high inflation, so now they’re following the playbook of external tensions to distract everybody from domestic difficulties.”

The Greek flag painted on a hill on Pserimos Island. Turkey claims Greece is violating international treaties by what it says is its militarization of its Islands in the eastern Aegean Sea.
(Ali Balli/Anadolu Agency via Getty Images.)

An official at NATO dismissed the tension, telling Fox News Digital on Monday that the two countries “have been committed Allies for decades” and that a “military de-conflicting mechanism” was in place to mediate between them.

“Every day, Greece and Turkey work together, sit with twenty-eight other Allies to work on our most pressing security challenges,” said the official. “We are confident that Greece and Turkey can discuss any differences in a spirit of mutual trust and Allied solidarity.”

Ruth Marks Eglash reports on Israel and the Middle East. You can follow her on Twitter @reglash