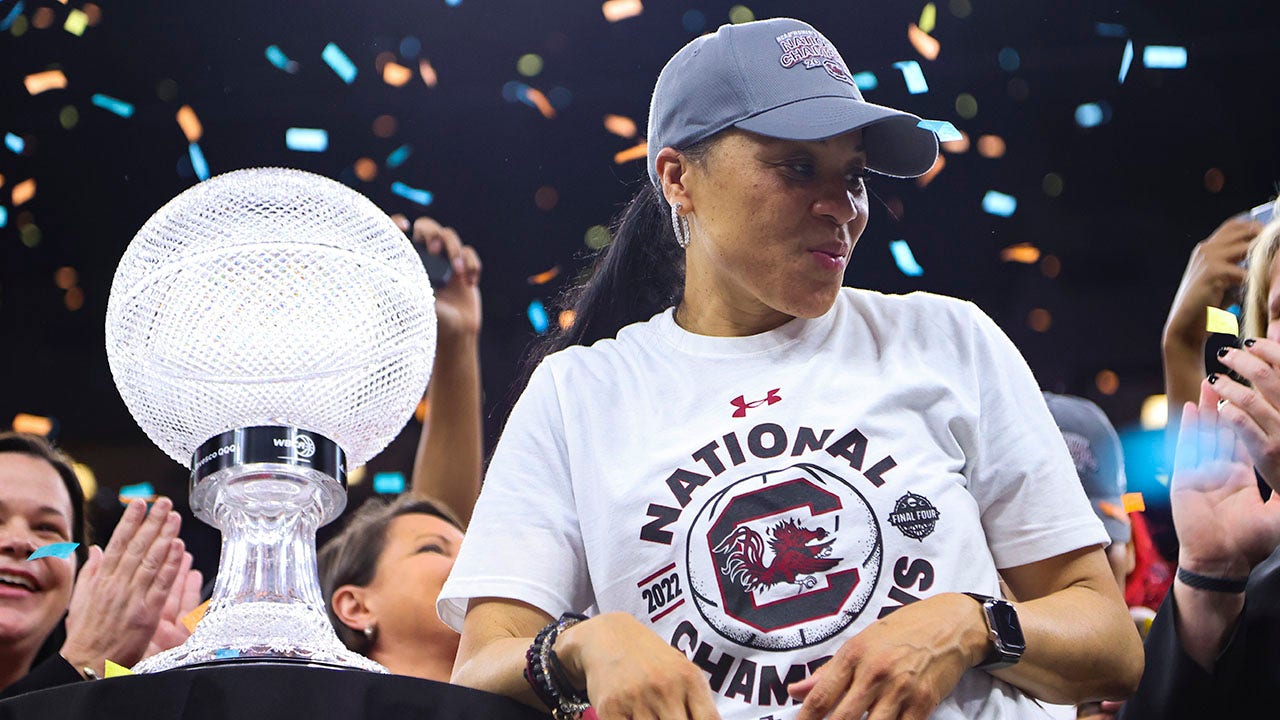 The South Carolina University women’s basketball team canceled two games – one this year and one next – against BYU in response to the alleged incident.

Duke’s Rachel Robinson claimed that a fan subjected her and her Black teammates to racial slurs “throughout the entirety of the match” against BYU.

However, the claim has received pushback from witnesses who say they “heard absolutely nothing.”

Despite the conflicting reports, Gamecocks head coach Dawn Staley is comfortable with her decision.

“As a head coach, my job is to do what’s best for my players and staff,” Staley said in a statement released by South Carolina on Friday. “The incident at BYU has led me to reevaluate our home-and-home, and I don’t feel that this is the right time for us to engage in this series.”

General view of LaVell Edwards Stadium prior to the game between the Utah Utes and the Brigham Young Cougars on September 9, 2017 in Provo, Utah.
(Gene Sweeney Jr/Getty Images)

A BYU spokesperson told Fox News Digital they confirmed that Duke, in the third game, first brought up that a slur had been heard, but no one was identified.

The person also said four staff members and one uniformed officer spoke to the student section (the fan in question was a Utah Valley student), and no complaints were made by Duke for the rest of the match.

BYU has apologized for the incident and banned the fan in question, but the school said the person was kicked out of the game for “interfering with guests,” rather than shouting slurs at the players.

BYU officials and BYU police both have not confirmed slurs were used, nor were they able to tell if the person was shouting in Richardson’s direction while she was serving as she claimed.

General view of LaVell Edwards Stadium prior to the game between the Utah Utes and the Brigham Young Cougars on September 9, 2017 in Provo, Utah.
(Gene Sweeney Jr/Getty Images)

“Various BYU Athletics employees have been reviewing video from BYUtv and other cameras in the facility that the volleyball team has access to for film review. This has been ongoing since right after the match on Friday night,” BYU associate athletic director Jon McBride said in a statement. “The person who was banned was the person identified by Duke as using racial slurs. However, we have been unable to find any evidence of that person using slurs in the match.”

“When a mentally challenged fan approached a Duke player, the Duke team then suddenly recognized the handicapped man’s ‘voice’ as the same one shouting slurs,” the official said. “They never saw or pointed out a face, just a voice. They banned this man. Not for slurs, but for interfering with visiting guests. BYU Athletics staff went through footage of the entire game and the man Duke identified was never seated in the student section. Her story doesn’t add up, BYU banned an innocent man to appease the mob and make their PR mess go away. While I don’t know if Ms. Richardson genuinely misheard something or intentionally made up this story, it certainly does not constitute the criticism BYU has gotten. There is zero evidence of a slur being said. Not a single witness, besides Ms. Richardson, has come forth. Not a single cell phone video or BYUtv’s several camera angles caught a single thing. How unlikely when this person supposedly said a slur during ‘every single serve.'”

According to a police report, however, someone left a threatening voicemail for a BYU coach on Sunday, and “got in the face” of a Duke player after the game Friday and made the player feel “uncomfortable.”