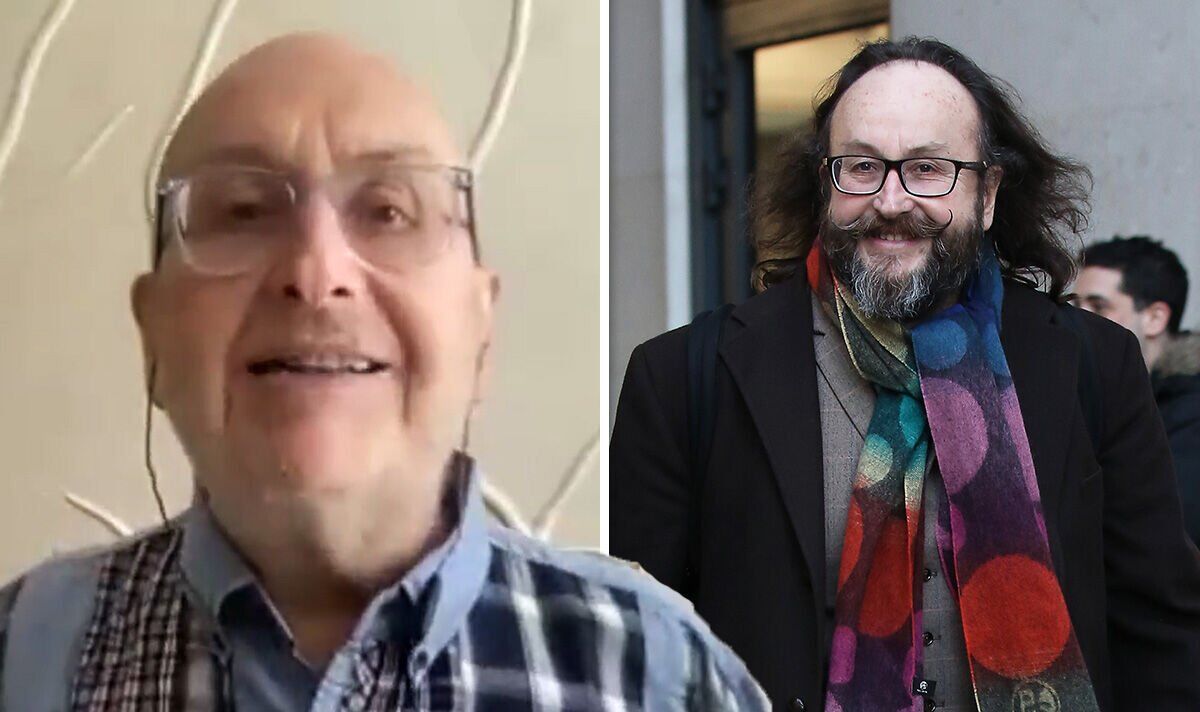 Dave Myers, 64, has opened up to fans about his struggle to come to terms with the loss of his hair as he undergoes chemotherapy. The Hairy Biker unveiled his new look as a “baldy biker” earlier this year, and has now admitted that he is “missing” his iconic look.

Speaking on the latest instalment of his podcast, Agony Uncles, alongside his co-star Si King, Dave stated he wants his beard back.

He said: “I’m missing my beard, but doing alright. I was born with that beard.

“I just miss having my beard, the feeling of it, because your skin’s different and all peachy.

Dave even teased that his bald head could be around when he has finished chemotherapy.

The chef joked: “I think the bald head and beard is the way to go for a biker as you’re getting on.”

When a listener asked how he was feeling, Dave assured them he is “doing alright” even “under the circumstances”.

Dave confirmed his cancer diagnosis back in May, although has chosen not to reveal his specific condition.

His long-time co-star Si, 55, has also been showing his support as Dave continues to battle his illness.

Speaking last weekend, Si told fans that Dave is still “in the trenches” but that the love from fans was helping him through.

During a cookery demonstration at the Bolton Food and Drink Festival, Si said: “I just wanted to say, from Dave and I, thank you so very much for all of the goodwill and support.

“All the messages really do not go unnoticed.

“He’s doing canny but as you can appreciate, he’s right in the trenches of it all at the minute but he’s getting there, thank god,” as reported by Manchester Evening News.

Dave and Si first met in 1995 on the set of a TV drama named The Gambling Man.

They went on to host their own BBC show, The Hairy Bikers’ Cookbook, which typically saw them cook in unusual locations and riding motorbikes.

The duo has gone on to present several TV series and a range of cookery books.

One thought on “‘Want my beard back!’ Hairy Biker Dave Myers on hair loss struggle amid cancer treatment”