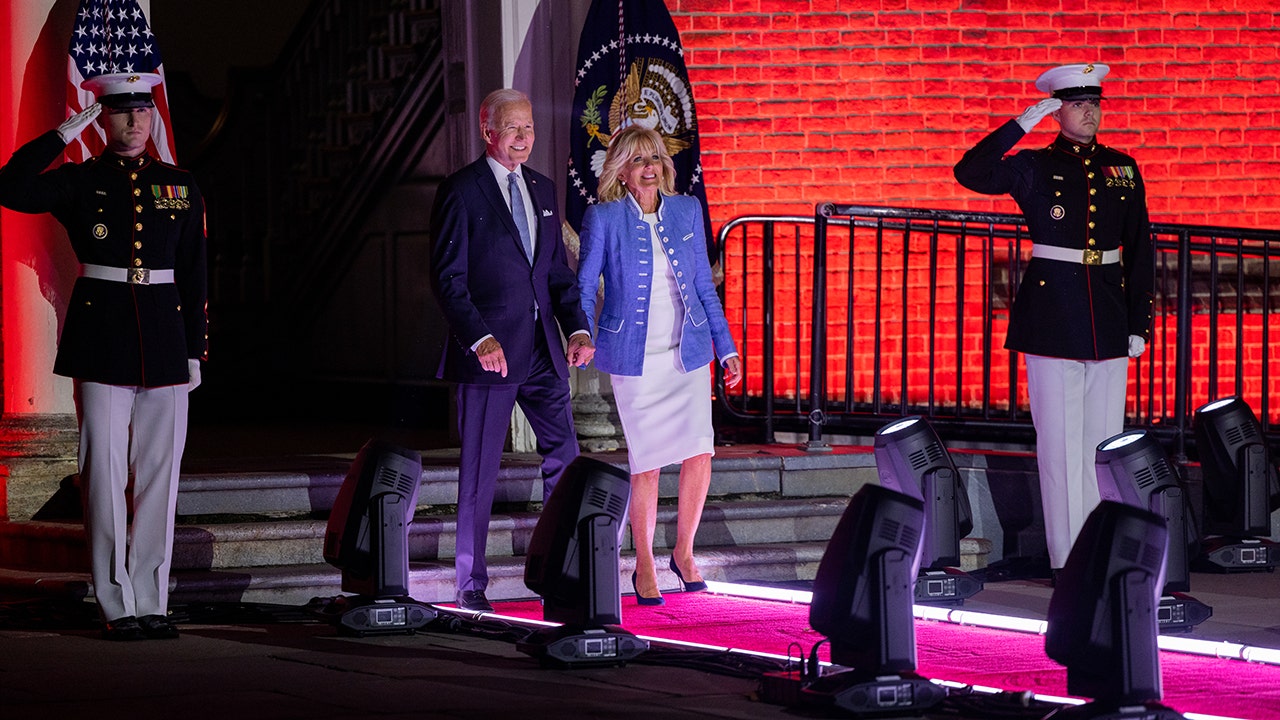 The Washington Post reported that the use of two Marines in the background of President Biden’s campaign-style speech Thursday was intentional, in a move civil-military scholars called “unwise.”

Washington Post reporter Dan Lamothe revealed in a Friday report, titled “Marines at Biden speech prompt debate about politicizing the military,” that a White House official, under the condition of anonymity, said there was a “conscious decision” to feature the military figures during Biden’s speech “for symbolism.”

“The President gave an important speech last night about our democracy and our values, values that our men and women in uniform fight every day to protect,” the official’s statement read. “The presence of Marines at the speech was intended to demonstrate the deep and abiding respect the President has for their service to these ideals and the unique role our independent military plays in defending our democracy, no matter which party is in power.”

The Marines’ appearance during the speech was criticized by viewers as well as some members of the media for using the soldiers “as props” for what came off as an anti-MAGA campaign rally.

U.S. President Joe Biden delivers remarks on what he calls the “continued battle for the Soul of the Nation” in front of Independence Hall at Independence National Historical Park, Philadelphia, U.S.
(Reuters)

Lamothe acknowledged this criticism as the military has struggled to remain more apolitical.

“Presidents have long used U.S. troops and military hardware as they address the American people. But military officials often have sought to narrow how people in uniform are pulled into the political spotlight, adhering to the belief that the military is an institution that protects all Americans regardless of political affiliation,” Lamothe wrote.

He also quoted two civil-military scholars who said “the use of the Marines as backdrop to the speech was unwise.”

“In this case, the choice to literally keep the Marines guards in the frame was an unfortunate one,” said Duke University Professor Peter Feaver, who had similarly criticized Trump.

Naval War College scholar Lindsay Cohn “said that Biden being framed by Marines during the speech was ‘not a crisis, but it could and should have been avoided’ … she added that the Biden administration needs to be ‘oversensitive and cautious about optics to try to strengthen some of the norms’ that the Trump administration weakened,” Lamothe wrote.

Republicans and media figures have criticized the placement of two Marine officers in the background of President Biden’s political speech.
(Photo by Nathan Posner/Anadolu Agency via Getty Images)

In light of this, Lamothe suggested that former President Donald Trump was guilty of the same politicization by using federal forces to clear protesters “for a photo opportunity.”

LIBERALS FUME AT CNN REPORTERS WHO MILDLY CRITICIZED MILITARY PRESENCE AT BIDEN SPEECH: ‘THIS IS EMBARRASSING’

“In June 2020, he sought for days to use active-duty U.S. troops to quell protests prompted by the police killing of George Floyd, alarming senior Pentagon officials who saw his plans as an abuse of power. At the height of the crisis, federal forces cleared protesters from Lafayette Square outside of the White House before Trump led other senior U.S. officials to a nearby church for a photo opportunity,” Lamothe wrote.

President Biden previously promised in 2020 to not put the National Guard or military forces in the middle of a political event.
(AP/Manuel Balce Ceneta)

In 2020, then-candidate Biden attacked then-President Trump for using armed forces for political purposes and promised the National Guard that he would never put military forces “in the middle of politics or personal vendettas.”

Lindsay Kornick is an associate editor for Fox News Digital. Story tips can be sent to [email protected] and on Twitter: @lmkornick.