Who should foot the bill for climate disasters? 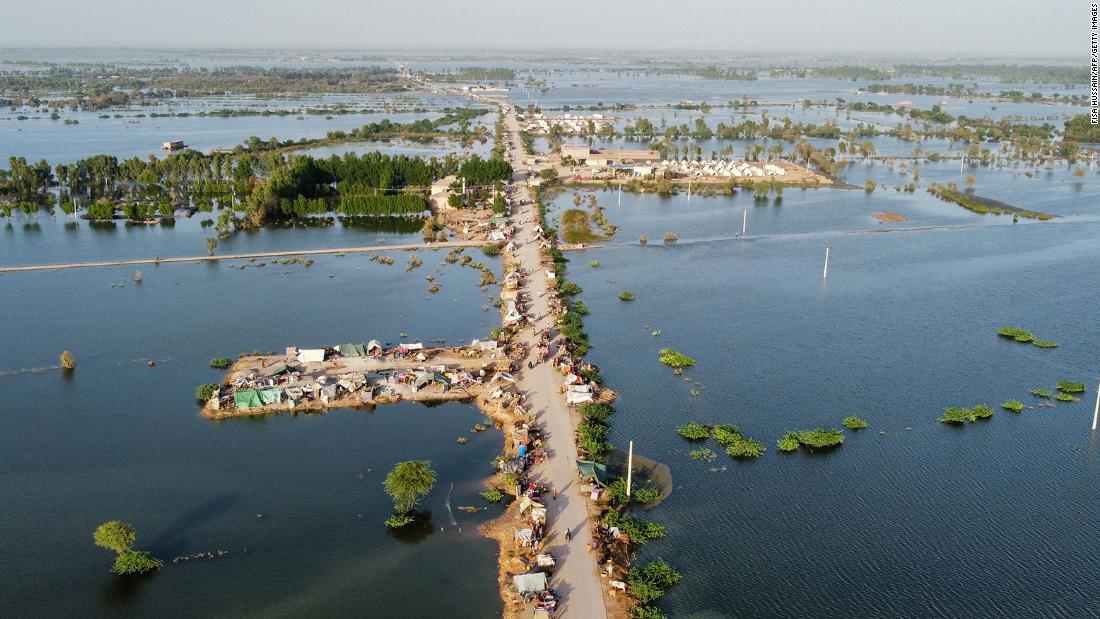 Yet, these disasters and their fallout are not evenly distributed. The Global South — low or middle income countries in Africa, Asia, Oceania, Latin America and the Caribbean — is suffering disproportionately, as climate scientists say it will for years to come.
If indeed it is global warming that is causing or even simply aggravating these extreme weather events, as scientists generally concur, then the South’s ever angrier nations are completely justified in their demands that the world’s wealthier regions — those ultimately responsible for this made-in-the-developed-world crisis — pay for its losses. In particular, the historically largest emissions sinners — the United States and Europe.

But these poorer countries shouldn’t count on it because not only is most of the Global North in denial about its oversized role in creating the crisis — it is dead set against condoning the principle of liability.

Pakistan is currently suffering this catastrophe — let’s call it “climate breakdown,” since this is what scientists say is happening — more acutely than anywhere else in the world. More than 1,300 people have lost their lives and 33 million others are affected in what Pakistan’s Prime Minister Shehbaz Sharif last week referred to as “the worst [monsoon season] in the country’s history.”
The grim images of washed away houses, stranded refugees, children and elderly people in rushing floodwaters vividly underscore the gross inequities of the crisis that is reverberating across the Global South. Indeed many of the 3.6 billion most vulnerable people shouldering the worst of climate breakdown live in the Global South.
According to the UN World Food Program, from Afghanistan to Zimbabwe extreme weather resulting from rising temperatures is forcing millions of already poor people into hunger. The current figure of up to 828 million people going hungry every night around the world will soar if global heating is not checked, it says.
While the human cost is unquantifiable, the economic price tag isn’t. In Pakistan, a third of the country is underwater. The torrential rainfall and flooding, now in its second month, has destroyed one million homes, about 2,200 miles of roads, and submerged a third of the country — including more than two million acres (809,371 hectares) of farmland, robbing the residents there of their livelihoods. The damage thus far is estimated at more than $10 billion, or 4% of the country’s annual gross domestic product, according to Pakistani officials.

The emissions sinners should pay

If one is convinced that the climate breakdown is man-made, as scientists concur, namely a product of emissions caused by burning fossil fuels, then it’s impossible to argue that countries like Pakistan themselves are responsible for this destruction.

According to the Global Climate Risk Index, Pakistan accounts for less than 1% of the world’s planet-warming gases. Horn of Africa nations Kenya, Ethiopia, Somalia and South Sudan — enduring a grueling two-year drought and extreme food insecurity — are together responsible for only 0.1% of global emissions.
In 2020, all of Sub-Saharan Africa accounted for a per capita carbon footprint of around just 0.1 tons, in contrast to 17 tons in Australia, 18.5 in Canada and 15.5 in the US. Pakistan’s per capita emissions is under one ton.
Historically, namely since 1850, the US has 25% of all carbon emissions to answer for, the EU countries, including the UK, comes in an ignominious second at 22%. China, though today’s biggest single emitter, is historically a distant third with 13% of total global emissions. One study calculated that the Global North is responsible for 92% of global emissions in excess of the planetary boundary.
Yet it is the Global South that is on the frontlines of climate breakdown. Pakistan ranks eighth in terms of climate-related vulnerability, behind countries including Myanmar, Haiti, Mozambique and Bangladesh, according to the Global Climate Risk Index. In 2021, heavy rains left a quarter of Bangladesh under water and wrecked the homes of millions. The Pacific island nations of Vanuatu and Tuvalu have next to no carbon footprint but are vanishing beneath rising tides.
Thus it’s understandable that these countries have for years been calling for accountability and compensation. “Loss and damages” is emerging as a third pillar of the UN-led climate negotiations alongside mitigation and adaption. The issue was a flashpoint at the last UN-sponsored climate summit in Glasgow, Scotland, in 2021. But the richer nations managed to shunt it aside. The US even led a group of wealthier countries in blocking the creation of a loss and damage funding facility.

But with this year’s catastrophic weather events, the issue of liability is back on the table with new force. It’s hard to argue with Pakistan’s Minister for Planning, Development and Reform, Ahsan Iqbal, who calls upon the industrialized countries to step up their responsibility to countries ravaged by climate change. “All the quality of life that people are enjoying in the west, someone is paying the price in the developing world,” he said on August 30.

“This is a climate crisis,” Abdullah Fadil, UNICEF’s representative in Pakistan told CNN in August. “A climate that has been mostly done by richer countries, contributing to the crisis, and I think it is time that the world responded to support Pakistan in this time of need.”
Pakistan will receive humanitarian aid for recovery efforts — the US has pledged $30 million, the United Nations $3 million — and can draw on the internationally funded Green Climate Fund, which assists developing countries in adaptation and mitigation practices. But this is not the same as compensation.

Even though ever more Americans support the US participating in international efforts to help reduce the effects of climate change, there is less consensus over whether the US has a responsibility to deliver climate-related financial assistance to developing economies — of any kind. In the US itself, there is barely any discussion at all about climate-related responsibility, liability, and reparations.
Thus far, only Scotland and the Wallonia province in Belgium have paid loss and damage monies. Though their contributions totaled only about one million euros a piece, they were heralded by the UN Secretary General for setting precedent. The EU as a whole is mulling it over.

Others should join them as the aggrieved nations will bring their ire and demands to the upcoming climate summit in Egypt in November, called COP 27. Should the developed world not respond, the burning issue could derail the entire summit and throw a wrench in global climate protection efforts.

The poor countries of the South have justice and fairness on their side — but, tragically, not the clout to make the just thing, namely climate justice, happen.

One thought on “Who should foot the bill for climate disasters?”