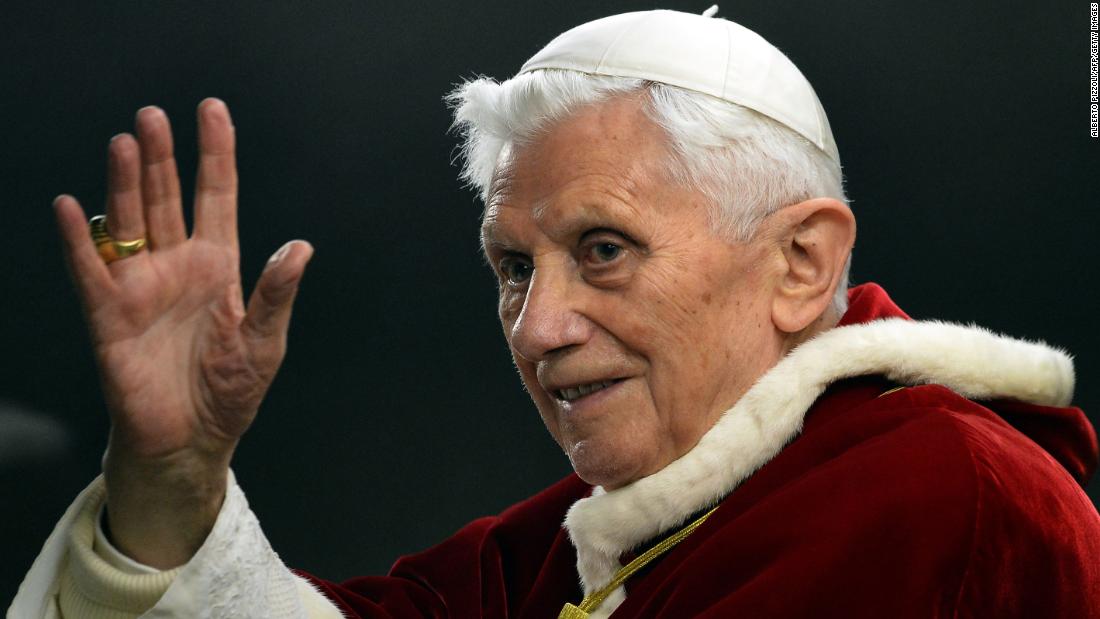 Global leaders are paying homage to Benedict XVI, the Pope Emeritus, who died Saturday in Vatican City at the age of 95.

Benedict, who was the first pontiff in almost 600 years to resign his position, rather than hold office for life, passed away on Saturday, according to a statement from the Vatican.

“Europe mourns him. May he rest in peace.”

“He was a great theologian whose UK visit in 2010 was an historic moment for both Catholics and non-Catholics throughout our country.

“My thoughts are with Catholic people in the UK and around the world today,” Sunak added.

“Benedict XVI was a giant of faith and reason. He put his life at the service of the universal Church and spoke, and will continue to speak, to the hearts and minds of men with the spiritual, cultural and intellectual depth of his Magisterium,” she tweeted Saturday.

French President Emmanuel Macron on Saturday said his “thoughts” were with Catholics around the world after the former pope’s death.

“My thoughts are with the Catholics of France and the world, mourning the departure of His Holiness Benedict XVI, who worked with soul and intelligence for a more fraternal world,” Macron tweeted.

“With the death of Pope Emeritus Benedict XVI, the Roman Catholic Church and all Catholics worldwide lose an important spiritual and intellectual leader. We remember him with respect,” Rutte tweeted.

Maltese Prime Minister Robert Abela also sent his condolences to the Holy See on behalf of Malta’s government in a tweet, adding, “The people of Malta recall the visit of His Holiness, where he conveyed a message of unity.”