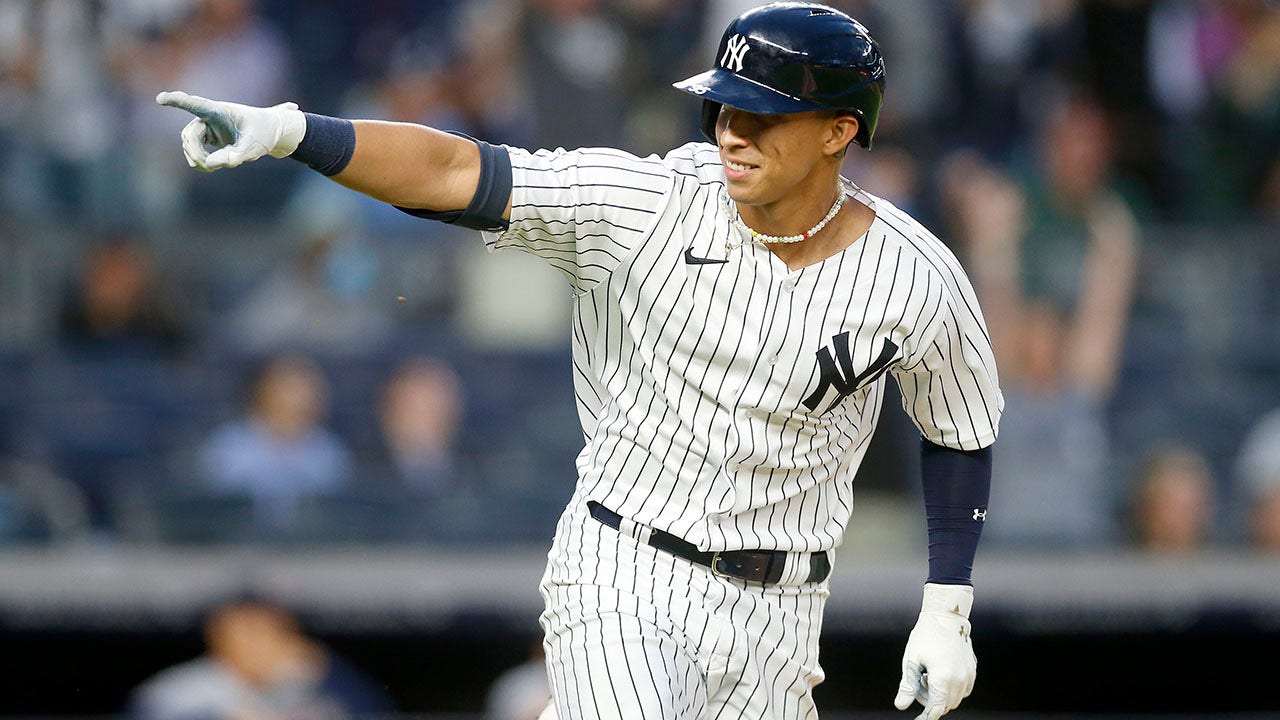 With a doubleheader on Wednesday and plenty of players out with injury, the New York Yankees lineup on Wednesday afternoon looked like a random mish-mosh.

It was once again AL MVP favorite Aaron Judge — who was intentionally walked twice in extra innings — and eight other guys who simply have not been hitting.

Oswaldo Cabrera #95 of the New York Yankees points to his dugout after his twelfth inning game-winning base hit in game one of a doubleheader against the Minnesota Twins at Yankee Stadium on Sept. 7, 2022 in the Bronx borough of New York City.
(Jim McIsaac/Getty Images)

The Yanks grounded into two double plays in extra innings, at one point not scoring with the bases loaded and nobody out (one of them was from Ronald Guzman, who made his season debut after spending all year in the minors — he struck out his previous four times at the plate).

But after 12 innings and still a whole other game to go, enough was enough for Oswaldo Cabrera.

Cabrera has been quite the surprise defensively — he has five outfield assists already, which is already the most on the team, and has played in just 19 MLB games. By the way, he had only played three minor league games in the outfield.

But entering his final at-bat on Wednesday afternoon, he had been 0 for his last 25.

Safe to say he was due — he squeaked a single through the left side, scoring Isiah Kiner-Falefa to give the Evil Empire a 5-4 win.

“We love his pose and his makeup,” Yankees manager Aaron Boone said. “He’s not afraid.”

Some reinforcements are on the way — Luis Severino and Zack Britton are rehabbing, but Anthony Rizzo and Andrew Benintendi were recently put on the IL, and DJ LeMahieu could follow.

But if the Yankees ever want to get back on track, they should give the Minnesota Twins a call. They are now 114-39 against them since 2002, including the postseason.

Oswaldo Cabrera #95 of the New York Yankees in action against the Minnesota Twins at Yankee Stadium on Sept. 5, 2022 in New York City. The Yankees defeated the Twins 5-2.
(Jim McIsaac/Getty Images)

The Yankees have now won three in a row after a brutal 19-31 stretch. Their 15.5-game lead in the AL East has dwindled down to as low as five in recent days.