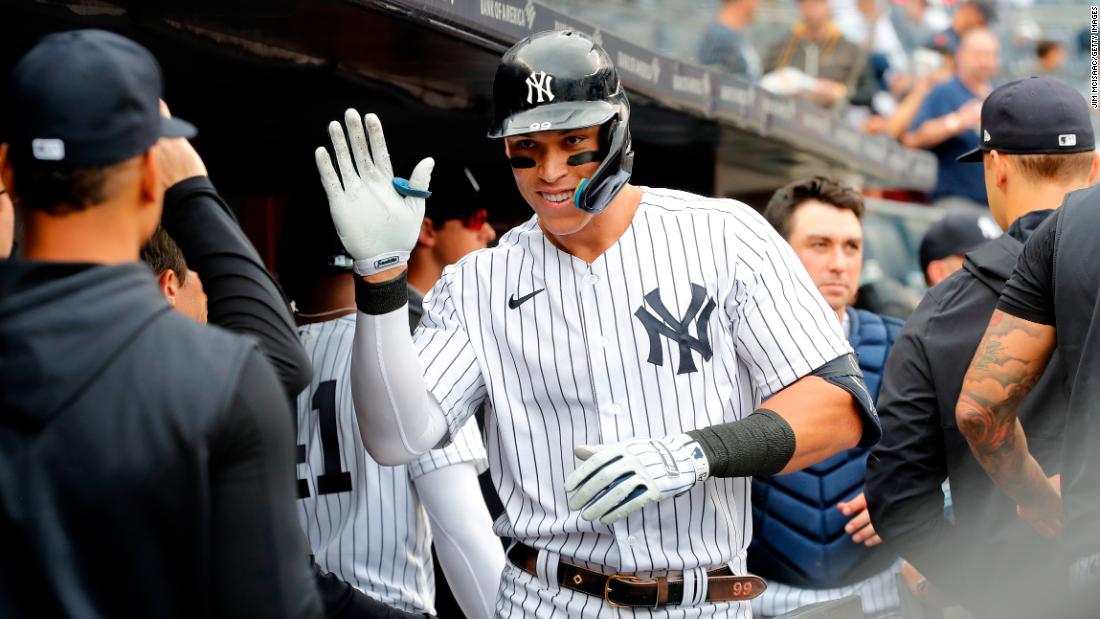 The Yankees slugger hit his 55th home run in the first game of Wednesday’s doubleheader against the Minnesota Twins at Yankee Stadium.

The fourth-inning homer carried the Yankees to a 5-4 win and keeps Judge on the path for the Most Valuable Player award — though he still faces stiff competition from Los Angeles Angels star Shohei Ohtani.

With 25 games remaining, Judge is on pace to hit 65 home runs — which would set a new Yankees record for most in a season. To reach the milestone, he needs to hit one homer every 2.5 games.

“I was happy to get a run on the board,” Judge said following New York’s 7-1 win in the second game of the doubleheader.

“That’s all I can really say. The rookie [Twins pitcher Louie Varland] was making his debut and kind of had us shut down there for a little bit. He had a good quick pace, working all of his pitches. It [Judge’s home run] kind of got some stuff going, got this offense going a little bit,” he added, according to MLB.com.

The season has the potential to be a historic one for the 30-year-old slugger — with six home runs in April, 12 in May, 11 in June, 13 in July, nine in August and four this month, Judge is inching ever closer to 65 homer tally.

If he reaches the mark, it would be the fifth 65-plus home run season in MLB history. The most ever in a single season was by Barry Bonds in 2001 when he finished with 73.